The Unicorn Foundation invites people affected by Neuroendocrine Tumours (NETs), families and friends, and interested health professionals to our free forum. Join guest experts in discovering the latest developments in the management of NETs with the focus on “NETs – Multidisciplinary Care”.

Afternoon tea will be provided

There will be plenty of time for questions and discussion and you are invited to submit any questions you would like addressed prior to the event. To submit questions or for any further information, please contact our Project Officer Meredith Cummins via email meredith.cummins@neuroendocrine.org.au or phone 0419 287 585.

We look forward to seeing you there.

Stephen Clarke is a medical oncologist, pharmacologist and translational researcher with major clinical and research interests in gastrointestinal and thoracic cancers and pharmacology. He is a medical oncologist at the Northern Cancer Institute and Royal North Shore Hospital, Director of Cancer Services at Northern Sydney Local Health District and Professor of Medicine at the University of Sydney.

Stephen was awarded an OAM in the Australia Day Honours in 2011 for services to medicine in the disciplines of oncology and pharmacology. He was also awarded the Eric Susman Prize from the Royal Australasian College of Physicians in 2013. In 2015 he was elected to the newly created Australian Academy of Health and Medical Science. He was also elected to be an inaugural member of Best Doctors in Australia and New Zealand in 2012.

Stephen is Head of the NSW committee of the RACP and is Oncology Advisor to the Department of Veterans Affairs as well as a Member of the Repatriation Pharmaceutical Review Committee. He has received over $25 million in competitive research funding, which has produced over 260 publications, leading to more than 10000 citations.

Caley Schnaid is an Accredited Practising Dietitian in Australia. She graduated with a Bachelor of Dietetics at the University of Pretoria in South Africa in 2002 and moved to the United Kingdom a year later. Caley started working at the Royal Free Hospital in London in 2008 as Clinical Specialist Dietitian in Neuroendocrine Tumours (NETs) and Oncology. Prior to working at the Royal Free Hospital, her background experience in the UK was predominantly in Oncology. She gained invaluable experience working within the multidisciplinary NET team for 4 ½ years. During this time she also worked on the oncology inpatient ward, as well as the chemotherapy and radiotherapy suites.

Caley has presented at national and international conferences about Nutrition for Neuroendocrine Tumours. She has also spoken at NET patient support group meetings in the UK and Australia. She has worked with the NET Patient Foundation (UK charity) to develop patient resources regarding nutrition for NETs.

Caley moved to Australia in 2012 and has been at NCI since 2013. Caley enjoys working with the team at Northern Cancer Institute to provide nutritional care to those patients requiring help with their diet and nutritio 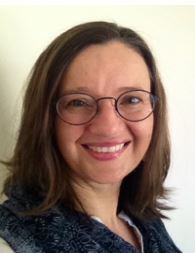 Kate Wakelin is a Registered Nurse with a Graduate Diploma in Psycho-Oncology. She has been caring for people affected by cancer for over 20 years, in areas including palliative care, radiotherapy, chemotherapy, research and supportive care.

A major focus was piloting and implementing the successful Telephone and Internet Support Groups Program with with the Cancer Information and Support Service (Cancer Council Victoria).

Throughout her career, Kate has maintained a passion for creating and maintaining innovative programs that strengthen the delivery of supportive care to people affected by cancer. BS (Nursing), Grad. Dip. (Psycho-Oncology)

This event has been made possible through the community grant provided from Tour de Cure Foundation and we are very thankful for their contribution.