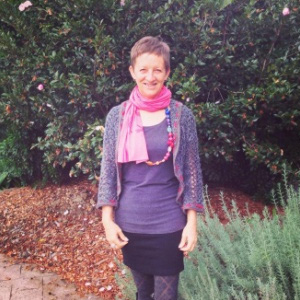 Hi I’m Michelle and this is my MEN 1 journey.

I remember as a young child always having issues with my stomach. I was stick thin but I had this protruding tummy!  I never really liked eating all that much because sometimes it made me feel sick.  It wasn’t until adult hood that I began to notice that certain foods would result in massive tummy aches, bloating and rushes to the nearest toilet!  When I was 26 I was diagnosed with Wolff -Parkinson -White Syndrome. No follow up tests were done after the initial diagnosis.

In 2010, after years of stomach issues, I made the decision to eliminate all gluten from my diet as I noticed that when I wasn’t eating food with gluten, I felt so much better.  I have had no stomach issues since. During routine bloods tests at this time, it was noted that my body wasn’t storing B12 and this was put down to me having been a vegetarian since I was 12. So they started me on a 3 monthly injection of B12, which I still have today.

Just prior to a trip overseas to see my son in the December of 2012, my Dr decided to do a full round of blood tests, including a calcium check. Tests showed I had very high calcium levels and I was booked in to see an Endocrinologist on my return in early 2013.

Further testings from the Endocrinologist; saw me being referred to a surgeon to discuss surgery on a parathyroid gland that came up showing a small adenoma.  It was the first time I had ever heard of Hyperparathyroidism. At the same time I received a report noting that I had Osteoporosis in my spine and Osteopenia in my left hip. I also have a lipoma on the upper right side of my chest and some vitiligo on my arms and legs.

In March 2013 my surgeon removed not one but two parathyroid adenomas and post op blood tests still showed a slight elevation of calcium but they have decided to monitor this for the time being.  It took me 3 weeks to feel back to my old self after this surgery. Although I experienced some of the more common symptoms of the recovery, I didn’t need medication for it and oddly enough after the operation, I never had another period. In June that same year it was decided by my G.P. to have an Endoscopy and Colonoscopy to determine whether or not I had Coeliac Disease.  My father had died at age 53 of stomach cancer so I guess they were being cautious. A polyp was removed and results showed ‘possible coeliac’.

With this result and going over my medical history again by my G.P. it was noted that my mother also had parathyroids removed some 10 years earlier and now had a pituitary adenoma, so I was sent off to the Geneticist for further tests.

Four months after surgery, in July 2013, I was diagnosed with Multiple Endocrine Neoplasia 1. I was in a daze! Never heard of it! I googled everything I could on it and it all sounded so grim. Apart from my food issues I never had any other symptoms.  Up until now no one in my family had even heard of it let alone someone being diagnosed with it. All of my relatives on both sides had lived long lives, except my father. But he didn’t have MEN1 nor was his death due to neuroendocrine tumours.  My mother, although never having been tested for MEN1, is the carrier due to her histology, the specialists have told me. My son has been genetically tested and thankfully does not carry this gene.

In June 2014, following a 6 monthly check, I was told I had a Pancreatic Cyst on the tail of my pancreas. This was biopsied and the results said it was a Pancreatic Serous Cystadenoma. The morning after the biopsy I received a call from my Gastroenterologist saying he had made an error and the tumour was in fact a neuroendocrine tumour so I was being sent off for a Ga -Dotatate PET/SC. I was found to have a 2cm non-functioning tumour in the tail of my pancreas, a tiny one in the body and another tiny one in the head of the pancreas. Surgery is the option I have been given.

Although feeling very disheartened at my future after diagnosis, something changed in the way I approached it as time has gone on. I decided that I was not going to be defined by this condition. It is a small part of me; I am NOT part of it.
So what I choose to do is, live my life. Enjoy the moment I am in and find something to love every day.

I have chosen, for the time being not to have the operation. I am not on any medication except what Mother Nature provides for me – food. I love where I am now. I know that may sound strange to some. But this disease changed my life, for the better, in that now I look after myself. I’m grateful for small things and very grateful to have met a great team of people through the Unicorn Foundation. I am also very grateful for my team of medical specialists who are wonderfully supportive.

“Everyone is fighting a battle you know nothing about. Be kind. Always”  That is the biggest lesson MEN1 has taught me. 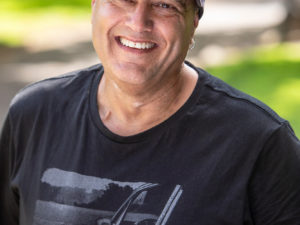 When I got diagnosed with NETs it literally flipped my world upside down. I went from doing volunteer work, playing football, working 6 days a week and playing on my cars. 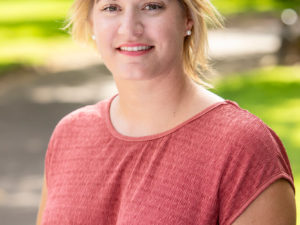 I was diagnosed in 2011 at the age of 24, I can honestly say cancer had never entered my mind and it never seemed like something that could happen to me. 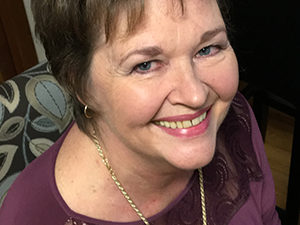 My diagnosis of Neuroendocrine Cancer came as a complete shock.  I had been experiencing what the doctors called non-specific symptoms 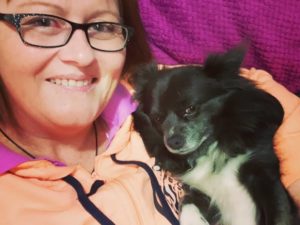 I was diagnosed a long time ago with MEN1 which meant I was being monitored for a long time.