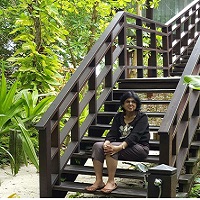 17 years ago our beautiful Mum was diagnosed with an incurable auto immune disease known as Scleroderma. Scleroderma, or systemic sclerosis, is a chronic connective tissue disease generally classified as one of the autoimmune rheumatic diseases. Over the years Mum spent time in hospital for various conditions linked to her Scleroderma. She was determined to lead a normal life by working full-time and raising her young family, all while hiding the pain she was in each day.

Fast forward to 2016 when Mum began to unintentionally lose weight. Over the next 12 months she dropped close to 10 Kg. We were worried that something serious was going on. So every time Mum saw one of her specialists she would raise her weight loss and lack of appetite with them. Each of them put it down to her autoimmune condition.

In January 2017 Mum was admitted to hospital for a week for dangerously low sodium levels. The Endocrinologist ran some tests, put her on a 1000ml fluid restriction and prescribed her a urea powder. One month later she had her follow up appointment with the Doctor. We went into the appointment asking what was causing Mum’s low sodium levels, to which the doctor had no answers. We questioned how safe it was for Mum to be on a 1000ml fluid restriction when she had to take 15-20 tablets daily, to which the doctor laughed at us and said there were no other options. Needless to say we weren’t happy with the answers this doctor gave Mum so we went for a second opinion. Finally Mum was diagnosed with S.I.A.H (Syndrome of inappropriate antidiuretic hormone). The endocrinologist put Mum’s condition down to being hormonal and most likely linked to her Scleroderma. At this stage after seeing a GP and 3 Endocrinologists no tests for cancer were done.

In the month following our Dad was diagnosed with prostate cancer. Our focus (including Mum’s) shifted to Dad. Mum continued to take her urea powder, she stuck to a 1000ml fluid restriction and her sodium levels were monitored with weekly blood tests. Thankfully Dad’s cancer was picked up early. He was put onto a clinical trial where he had 5 sessions of radiation over 3 weeks instead of the traditional 25 sessions over 5 weeks. Once Dad’s treatment was over we decided to go on a family trip to Fiji to reset for the second half of the year given the horror start to 2017.

On the second day of our holiday Mum found a lump in her breast. Mum was the most selfless person which meant she kept this to herself because she didn’t want to upset or worry any of us on the trip. The week after we got home from holidays was hell. Mum went for a biopsy and when we received the results and found out the lump in her breast was a Neuro Endocrine tumour we had no idea what Mum was up against. None of us had ever heard of NETs and no amount of internet searches could provide us with any concreate answers. After 2 PET scans and blood tests we received the heartbreaking news that Mum had advanced stage, poorly differentiated NETs cancer. The cancer had spread to Mum’s lungs, liver, pancreas, bones and breast and given Mum’s underlying auto immune condition it was very difficult for the oncologists to determine the primary site.

We remained positive and hopeful…so hopeful. Mum went through three rounds of chemotherapy and at the 3 month mark in November she had another scan which revealed that the chemo wasn’t working. At this stage Mum also had fluid on her left lung from which the doctors drained out 800ml. The oncologist asked for the whole family to come in to see him the following week. We knew it was bad, but still we remained positive and we researched other treatment options and went into the appointment prepared with a list. We were told that none of the treatment options were suitable for Mum given how aggressive her cancer was. Mum was a stubborn woman and wouldn’t leave the doctors room until the oncologist gave her a prognosis. We were told Mum had approx. 3 months to live. We were absolutely heartbroken…how could we go from a family holiday in sunny Fiji three months ago to now being told that cancer was about to steal our loving, caring, selfless Mumma from us.

Still we were determined and hopeful that something else could be done to save our Mum. We went for a second and third opinion. Only to be told the same horrible fate. 17 days later after spending 4 days in hospital surrounded by her family our beautiful Mum passed away. She fought so hard, she was so determined to beat this…but the cancer won.

2017 saw both our parents diagnosed with cancer. The same horrible disease, but two very different situations. One was a common cancer with high survival rates, early detection, plenty of treatment options, clinical trials and endless patient information. The other was classified as a ‘rare’ cancer which saw us having to hunt for any information we could get our hands on, we searched and searched to find out about treatment options and specialist oncologists were hard to come across.
Cancer is cancer. It’s horrible. It’s ugly. Its life ending.

Cancer stole our Mum’s right to see her children get married, to meet her grandchildren and to grow old with her husband.

It’s only been 53 days since we lost our beautiful Mum but sharing her story is the start in our process to do what we can to education people. We want doctor’s to know that just because someone already has one incurable disease doesn’t make them immune to other life threatening conditions. We want people to know that they shouldn’t take the first answer their doctors give then and that second, third and fourth opinions are okay! We are now trying to search for answers for how long Mum was suffering with her NETs, if her low sodium levels were linked to the cancer and whether there is a link between Scleroderma and cancer.

We pray for the day that this insidious disease is stopped from ruining people’s lives! What I have learned is appropriate referral is so important. For me a partial diagnosis came 3 years after my 1st hypertensive crisis. Full diagnosis and treatment took another 4 years. 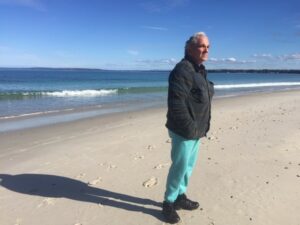 Having a family history of cancer, both mother and father, my own diagnosis of NETs probably shouldn’t have taken me by surprise but it did. 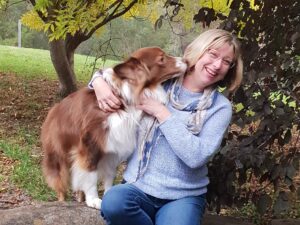 I have fully recovered from the surgery recovering and feeling terrific, and I hardly think about my NET. I am extremely grateful for the early diagnosis, that Australia invests in free bowel screening tests, and that we have excellent medical staff, facilities and treatments. I’m the happiest I have ever been in my life. 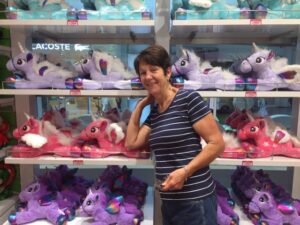 Through attending NET meetings at FSH I was made more aware of NETS and found friendship and understanding from all who attended plus I had found a ‘home’ where others understood.