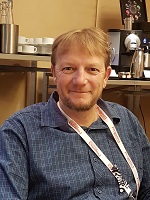 Massive, Huge, Gigantic impact.
I was first diagnosed in 2004. I had been seeing an Osteopath because I had a sore back after switching from a water bed to a normal mattress. She had fixed my back issues but on feeling around my stomach she said things didn’t feel right and suggested I get a CAT scan done. I nearly didn’t bother but for some reason I did. When my GP rang me a few hours after my scan and told me to come in immediately my life changed for ever.
They originally thought I had Non-Hodgkin’s disease and I went off to surgery to have a biopsy. That was the first time I nearly died on the table. I had an Extra Adrenal Pheochromocytoma, a mass approximately 150mm round growing of my aorta within my abdominal area. Luckily the surgeon was skilled enough to realise things weren’t right and got out quickly. 3 weeks later after being adequately Alfa blocked Dr Peter Campbell safely removed the mass.
I have now had six Pheo’s removed, three from my abdominal area and one was growing into my Inferior Vena Cava (IVC). The affected section of vein was cut out and replaced with a synthetic vein but complications mainly due to my sensitivity to blood thinning drug warfarin mean I bleed internally (this was the second time I nearly died). Emergency surgery and reversing the blood thinning I survived, but now my IVC is permanently blocked. More recently I have had two Pheo’s removed from my spine T10 and one from R/H Parotid gland. There are still six growths one on my skull, two in ribs, coccyx, hip and one in spine C6.
I have had radiation twice which didn’t help in my case, In 2011 four cycles of Lutate and Chemo combined which helped stop progression for me until 2014 after one in the parotid popped up very quickly and was removed. I had a further 2 cycles of Lutate which didn’t seem to help this time. I have since had one in the spine T10 removed 2015 grow back and removed again in March 2017. I am currently trying 6 month of straight Chemo last MRI showed no more progression getting a GA Dotate scan done in two weeks hoping it shows the same.
Still, in between the bad stuff, it makes you appreciate life and really put things into perspective. Before the first Pheo I was working a lot and used to worry about money and more materialist things that aren’t important. We have since left Sydney and the high pressure job travelled around Australia for 9 months, home schooled the kids and now settled up the mid north coast of NSW near the beach.

2.      What has been most helpful to you in your NET experience?

Resilience both mentally and physically.
Keeping positive
When I am feeling a bit down I think of the words of my vascular surgeon after complaining to him that my right leg now permanently swollen he said “toughen up butter cup you should be dead” not great bed side manner but I often think that to myself and just get on with it.
Support from my family and friends
The single most important thing is the support I am very lucky in this area and have great support I am not sure I would have been able to get through all the operations and treatments without mostly my wife but also friends and family. My employer has also been very understanding and flexible when I am well I try to pay it back best I can.
I try not to think about it too much
Of course it’s always in the back of your mind but I try not to dwell on the disease and unless someone directly asks me about it I tend not to talk about it. There are various support groups available I think you need to pick the one that suits you but limit the amount of support groups and time you spend reading all the stories, they can get you down especially the bigger groups overseas, a lot of the stuff on there is not relevant to us in Australia I don’t believe America or Europe are any further ahead so there is no answers but a lot of misleading information and sad stories.
Keeping active
I like to surf and generally be outside although sometimes it hurts or energy levels are just not there if I don’t keep myself reasonable fit I can’t go surfing and when I can’t go surfing I am not a happy camper. So inadvertently my hobby is my motivator to keep physically active.

3.      What advice would you to give to a newly diagnosed patient?

Prepare for surgery
One good thing with these tumours are they are typically slow growing which gives you time to prepare for surgery, a month out I go on a real health kick I stop drinking alcohol, improve my aerobic fitness level and eat well. I quite often get comments from the medical staff and surgeon surprised how quickly I recover from surgery I am convinced that this preparation is the key.
Take control
You need to drive things, educate yourself about the disease, the different treatment options and scan options. More than likely you will have a number of specialist looking after you, Its important to make sure they are talking to each other. If you are not comfortable with a decision don’t be scared to get a second opinion. Keep records I have a one page summary spread sheet of all my operations and treatments with dates and doctors names. Its amazing how many times you get asked the same questions even from places you have been numerous times. I take copies of my spread sheet now and just give them that.
Find a good GP
You need to have a good GP and you need to be able to see the same GP most times you visit the doctors otherwise you are going to be explaining your complex situation every time you visit. You will more than likely be the only patient they have had with a NET cancer and whilst they may of heard of the disease they will most defiantly not know a lot about it. Your GP needs to come along the educational journey with you.
You’re a rock star
Be prepared to get a lot of attention and interest from medical staff especially in hospital, I am usually referred to as “you’re the guy with the Pheo” which usually proceeds a bunch of questions. I personal don’t mind but it can get a bit onerous after a while.
Its not your fault
When I was first diagnosed I spent a lot of time thinking what did I do wrong, maybe I shouldn’t have drank so much when I was younger, I should not have been a smoker, Perhaps exposure to chemicals or I am being punished because I am not a good person. None of this is true there are plenty of Alcoholic drug taking criminals that live to a ripe old age. Some people win the lotto others get an Extra Adrenal Pheochromocytoma. 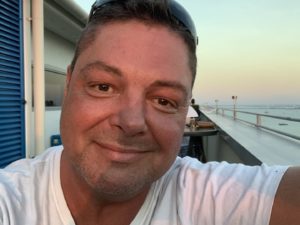 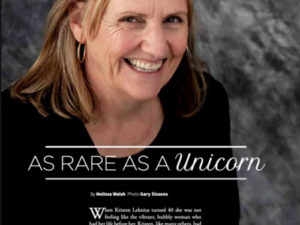 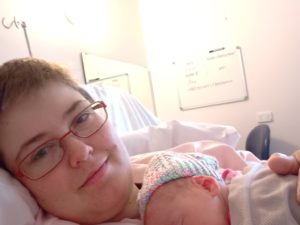 On the 8th of October 2019 I found out I was expecting my second child. Less than two weeks later I was rushed in for emergency surgery for appendicitis. Two weeks after the surgery I was diagnosed with a NET inside my removed appendix 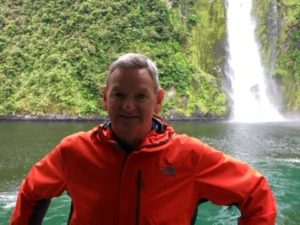