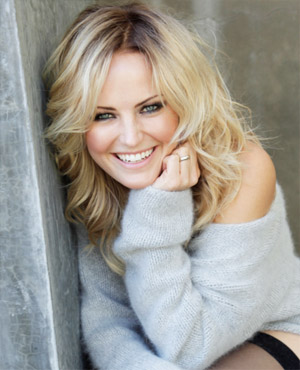 Malin Akerman has been tearing up Hollywood with her smarts beauty, charisma, and moxie. The Swedish-Canadian actress, best known for her sharp comedic timing and cover-girl good looks, has also wowed audiences with her touching dramatic performances.

In 2020, audiences will see Akerman featuring in a variety of movies such as The Sleepover playing Margo Finch, as well as producing and starring in American comedy Friendsgiving. Also in 2020 Chick Fight will be released and Akerman plays Anna alongside Alec Baldwin, Bella Thorne, Kevin Connelly & Julie Michaels and Malin gets to show off her impressive MMA skills. This film is directed by Paul Leyden, brother to co-founders of NECA Simone & John.

Born in Stockholm, Sweden, Akerman moved to Toronto, Canada at the age of two. By age five, she had already begun to model and act in television commercials, and at age 17, she won the “Ford Supermodel of Canada” search.  After attending college as a psychology major, Akerman relocated to California to focus on acting. Son Sebastian was born in 2013 and in 2018 Akerman married British actor Jack Donnelly with a beach wedding in Talum, Mexico. The family currently resides in Los Angeles. Malin remains a loyal friend to NECA and the Leyden Family and we thank her for her ongoing support.