Craig McLachlan is one of Australia's most versatile actors and a household name both here and in the U.K. He has been the recipient of the top Australian television accolade, the coveted Gold Logie and his stage production of GREASE held the U.K West End all time box office record from 1993 right up to earlier this year. 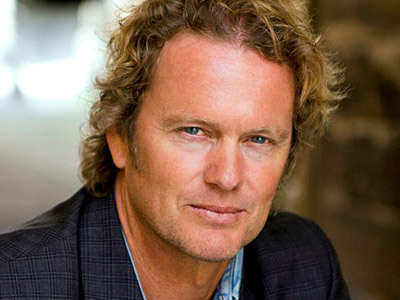 He is an actor of huge range who is equally comfortable in film, television or stage productions. He not only carries with him huge personal charisma but is also not afraid to use it, which might account for his singular popularity across a wide range of audience demographics both in Australia and internationally.

Craig first appeared on television in a guest role on the TV drama SONS AND DAUGHTERS in late 1986. He became famous in 1987 in the role of Henry Ramsay, brother of Kylie Minogue’s character Charlene, in NEIGHBOURS, a role which not only garnered him significant praise both in Australia and the UK but also led to an offer two years later to play schoolteacher Grant Mitchell on HOME AND AWAY, thereby becoming one of the few actors to achieve popularity in all of the major Australian television dramas.

In 1993 he was invited to London and starred as Danny Zuko in the popular West End revival of the musical GREASE alongside Deborah Gibson, a role he played to great acclaim .If this wasn’t enough in 1995 Craig appeared in the popular British television series BUGS, as a free-lance agent and electronics expert, who along with his colleagues worked covertly to combat terrorist threats. Proving that his abilities extended beyond television series and stage productions he appeared in the major television movie CATHERINE THE GREAT alongside Catherine Zeta-Jones, Jeanne Moreau and Omar Sharif.

In 2001, Craig had a breakthrough with the American movie SUPERFIRE, The first of many US attached performances and in 2004, was asked to take the role of Kane Morgan in the popular show, McLEOD’S DAUGHTERS.

In 2005 he starred as Jeff Kennard in the successful Australian film HATING ALISON ASHLEY, with fellow NEIGHBOURS star Delta Goodrem, and then returned to London to take over the role of Caracticus Potts in the London Palladium Production of CHITTY CHITTY BANG BANG, with Richard O’Brien as the Child Catcher, who had long been a fan of Craig’s ever since Craig played Richards greatest creation, Fran ‘N Furter In THE ROCKY HORROR SHOW, in 2003.

Craig continues to be popular and his star shows no sign of diminishing as is demonstrated by his appearance as Billy Flynn in Australia and Asia in CHICAGO as well as roles in the hit series CITY HOMICIDE, THE CUT, and the number one Australia TV series PACKED TO THE RAFTERS. Combine this with his stand out performances in the feature films SAVAGE CROSSINGS and AMAR A MOIR and it becomes clear that Craig is not only here to stay but is rapidly becoming a force to be reckoned with in all aspects of his profession.

Craig is thrilled to be working back in Australia with the hit show RESCUE SPECIAL OPPS., and again on PACKED TO THE RAFTERS.